All Blacks great Dan Carter on the importance of mental health

Dan Carter: All Black great on the importance of mental health - CNN, sport 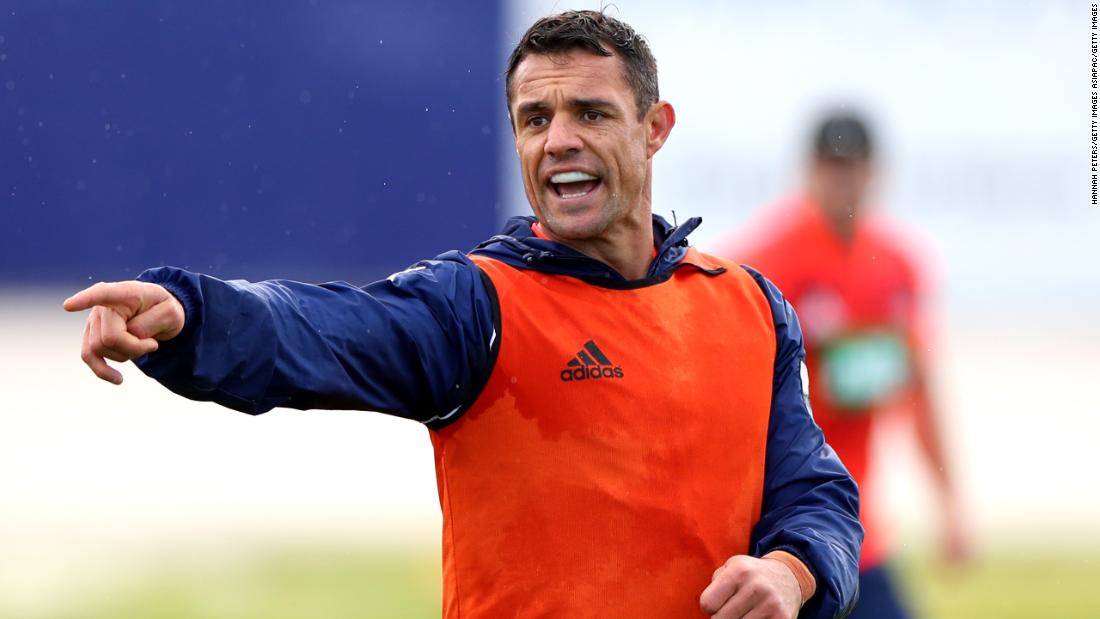 The former fly-half ended his All Blacks career as the international game’s record point scorer, and a host of accolades, including three international Player of the Year awards and a man of the match accolade as New Zealand beat Australia in the 2015 Rugby World Cup final.

However, he has also suffered painful setbacks, notably when a groin injury ruled him out of the majority of the 2011 World Cup on home soil.

“When I got ruled out of the World Cup here in New Zealand through a serious injury, I was absolutely gutted, I was devastated,” Carter tells CNN Sport’s Amanda Davies.

“I’m a firm believer of things happening for a reason, but that made no sense to me at all. Why the seriousness of the injury? Why now? Why me?”

Now in the twilight of his career with Super Rugby side the Blues, the 38-year-old can look back on his playing days with an understanding that setbacks — both mental and physical — are not insurmountable.

Over the years, he has gradually learned to accept them.

“As soon as I realized it’s actually normal to live a life on a bit of a roller coaster in terms of your emotions and how you’re feeling, it didn’t make me feel as bad,” says Carter.

“It doesn’t change that you can have these difficult times where you’re locked in your bedroom after a serious injury and you don’t want to confront your teammates, or you just don’t want to be around people.

“I’ve learned sort of tools along my journey to help me get through situations like that. I always give myself a 24-hour period after a setback or an injury to deal with my emotions, whether that’s crying, whether that’s moping around, feeling sorry for myself.

“But then there comes a time where I need to be positive again and reset my goals, just give me some directions.”

Over the course of his career, Carter cemented himself as one of the game’s greatest players, amassing 112 caps for the All Blacks and scoring 1,598 points. He has represented clubs in New Zealand, France and Japan, winning domestic titles in each of those countries.

Yet for all of his success, Carter knows that professional rugby can be a demanding lifestyle and he now feels compelled to highlight the importance of mental wellbeing, both inside and outside the sport.

In 2018, statistics compiled by the Rugby Players Association revealed that 62 percent of retired players are faced with mental health problems and 52 percent said they felt they had no control over their lives two years after retiring.
Former Wales and British and Irish Lions player Dafydd James has spoken openly about his struggle with depression since an injury forced him into premature retirement.

“One injury cropped up and the carpet was pulled from under me,” 45-year-old James told CNN last year. “In all honesty, I haven’t recovered since.”

Former second-row Kearnan Myall has spoken about battling depression during his playing career, detailing to CNN last September how he had come close to taking his own life, while former England fly-half Jonny Wilkinson, the second-highest international point scorer behind Carter, has been open about his struggles with anxiety as a player.

“A lot of us just assume that, you know — he was an All Black or they were a professional sportsman, they’ll be alright, they’ll be okay when the stats show that the majority of them, over half of them won’t be,” says Carter.

“It’s a big part of professional sports … there are injuries, there are setbacks, there’s a lot of self-doubt in terms of form and questioning the coaches and whether they want you or not.

“Even life after professional sport is a huge challenge for sports people. There’s a lot of things myself and athletes go through.”

Carter has started a #keeptheballgoing social media campaign, encouraging people to check in on three of their friends to “keep the conversation going” about mental health.

As part of the campaign he’s growing a moustache to support Movember, something he says he has grown attached to before adding that it “would have been gone a long time ago” if his wife had anything to do with it.

While there is a stigma attached to mental health in many spheres of life, it is particularly prevalent in rugby — a sport traditionally associated with toughness and old school notions of masculinity.

But Carter says he has noticed a change in attitude over the course of his career.

“A good 20 years ago, there was a real mentality of toughen up, just get on with it,” he says. “The times have changed where it’s a lot more open.

“I think there’s a certain environment where you can reach out to friends or you can check in on friends and speak a lot more openly, which is amazing because it’s something that wasn’t around at the start of my career.”