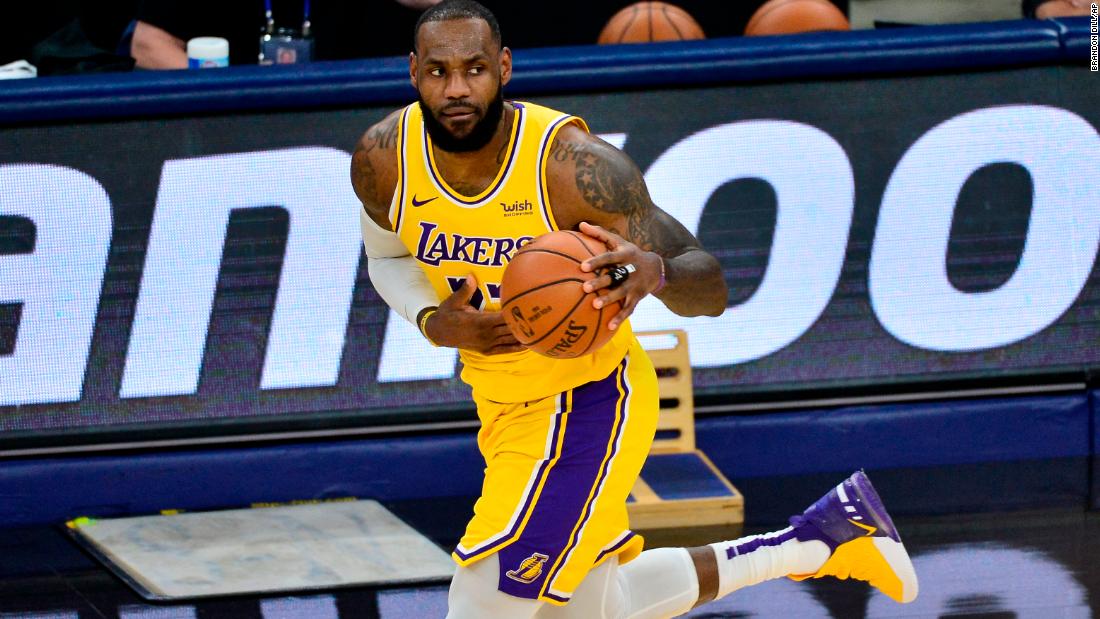 In 2020, the aftermath of the death of George Floyd and the US Presidential election highlighted just how engaged the four-time NBA champion is in making the world a better place.
Now, James is looking to get involved in the WNBA — another champion for social justice, having carried out recent protests that include wearing T-shirts with seven bullet holes on them in Jacob Blake’s honor.
Having helped his Los Angeles Lakers to their fourth successive win with 26 points in their 94-92 victory against the Memphis Grizzlies on Tuesday night, James floated the idea of putting together an ownership group to purchase the WNBA team, the Atlanta Dream, from its co-owner and Republican senator Kelly Loeffler.

Loeffler has caused controversy in the league having said she does not support the Black Lives Matter movement and has called for the depoliticization of professional sports.

Despite pressure to sell her share in the team, Loeffler has refused to do so which has only emboldened WNBA players to campaign against her.

And on Wednesday, CNN projected that Reverend Warnock will defeat Loeffler and make history by becoming the first Black US senator from Georgia.

In an address earlier Wednesday, Warnock spoke to his supporters and thanked them.

“To everyone out there struggling today, whether you voted for me or not, know this,” Warnock said. “I hear you, I see you and every day I’m in the United States Senate, I will fight for you.”

Warnock is the first Georgia Democrat elected to the Senate in 20 years, and his election is the culmination of years of voter registration drives conducted by former state House Democratic leader Stacey Abrams and other activists.

President-elect Joe Biden also won Georgia in November’s election, the first time a Democratic presidential candidate has done so since the 1990s.

The second race between GOP candidate David Perdue and Democrat Jon Ossoff will prove decisive in which party takes control of the Senate.

As well as excelling on the court — he led the Lakers to their 17th championship title in October — James has been one of sport’s leading voices in speaking out against racial injustice and police brutality. Ahead of last November’s US presidential election, he promoted voter registration, setting up the organization “More Than A Vote” in an effort to combat systemic, racist voter suppression.

The group is made up of prominent Black athletes and artists who used their social media channels to encourage and educate their followers on how to cast a ballot for this year’s election.